Gate Farm - past and present 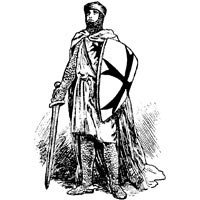 The Place
The land around Temple Balsall was given to The Knights Templar in the twelfth century. They were a monastic order, dedicated to protecting travellers making the long and dangerous pilgrimage to Jerusalem and the Holy Land. Wealthy pilgrims gave the Templars land as a thank you for their safe return home, and the Manor of Balsall was one of these gifts. The Manor lands were cleared from the Forest of Arden and were divided into three main areas – the Deer Park which provided meat, especially in winter, the arable fields growing crops and the Common, where animals were grazed. 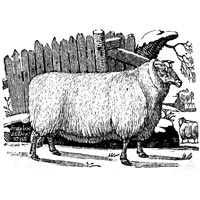 The Farm
Gate Farm is situated on one side of the medieval arable fields where crops were grown and against the boundary of the Deer Park. After Henry VIII dissolved the monastries in 1538 the Manor became Crown Land and this was given to Robert Dudley and over time pieces of it were sold to individual farmers. In 1759 Gate Farm was owned by William Cattell whose family also rented other nearby farms. We know little of the historic farming practices here, but we know that sheep farming was important and, as the farm was situated on some of the best arable land in the old Manor, we can assume that it has always been a ‘mixed’ farm, producing both crops and animal products. 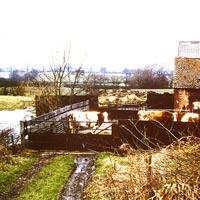 The Family
Susie Hammett’s parents and grandparents bought the farm in 1961. It was then a mixed dairy farm and they continued to concentrate on producing milk for people in Birmingham and the surrounding towns up until 1986. Barley and oats were grown to give the cows extra feed and straw for winter bedding and summer grass was preserved as hay and silage to feed the animals during the winter. After the milking cows left, the farm became less productive for many years, but this had an advantage in providing expanding habitats for native wildlife of every kind. Three generations of the same family continue to live on the farm. 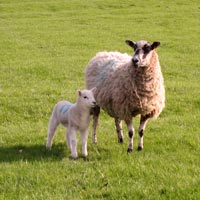 The main farm activity today is permanent pasture – which means growing grass to feed animals. This includes grazing for sheep and lambs, and cattle and also for growing hay and haylage to preserve for winter feed when the grass does not grow.

The farm also has an important wildflower meadow which supports more than 130 plant species, including flowers such as cowslips, bluebells, meadowsweet and yellow rattle. This field is an important focus for our farm visits and provides endless opportunities for children and adults to experience and learn about the natural world at first hand.